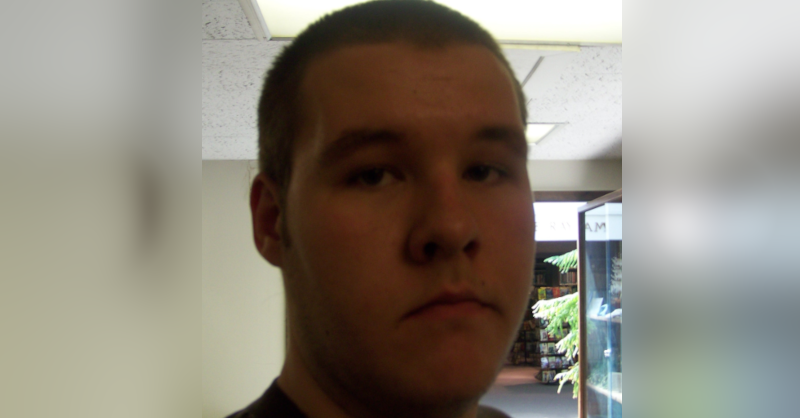 I owe a tremendous debt of gratitude to libraries. When I look back on many pivotal moments in my life, I can draw a direct connection between said moment and a library.

It’s weird to start out a sort-of love letter by knocking the place, but if I’m being honest, it was never the best library. The selection was fairly limited. One of the two librarians that worked there back in the day was intimidating and, at times, unfriendly. I feared having to ask her for computer access or to look up a book for me in their system. There was an odd smell, the decor was outdated, and they blared classical music non-stop to the point that it made my skull ache.

And yet, I owe so, so much to it, and have such fond memories.

Every day after school the bus would let me off at the library, where I’d have to spend an hour or two waiting for my mom to get off work to drive me home.

At first I begrudged the arrangement. I hated being stuck there. It was almost a form of torture.

Then, I found the sections in the back, filled with books I knew I shouldn’t read for one reason or another. Ones that I knew I would get in trouble for reading. It wasn’t pornography or anything, mind you, but they were books that I knew to either cover sensitive topics, or offer opinions counter to those I was raised with.

It was in the back section that I first discovered Watchmen, the graphic novel, and read through it one chapter at a time, being absolutely gripped by the story. I read Dan Brown’s Angels and Demons, followed by the DaVinci Code. While intellectually I appreciate that those are not the most well-written or well-researched books on the planet, I was absolutely gripped by them, and still find them to be incredibly entertaining books (the movies… not so much).

And there are other books I read which played important roles in shaping my views and opinions, but I won’t share their names because I am still keeping those close to my chest. I’ve heard it said before that if you know what’s on someone’s book shelf, you know what’s in their hearts. I subscribe to that theory to some degree, and while I generally am an open person, it just doesn’t seem right to share my entire inner self with the outer world.

In that library I learned about philosophy, about science, about new cultures. With the extra hour in my day with nothing better to do, I also found myself in the midst of one of the most creative periods of my life.

In looking back, I try to figure out why I was able to research and focus so well, when now I often describe my brain as feeling “cloudy” or “muddy.” In part I think it’s due to medicines I’m currently taking, but there’s more to it than that.

For one, I think there’s something to be said for the ambiance. Being in a space that is designed for reading and writing is going to be conducive to those activities. Having others around you being lost in their own studies, and gently encouraging you in yours, is quite valuable.

Another key factor surely has to do with the classical music that I complained about earlier in this blog post. Although I found it to be jarring and loud at the time, I’ve since found that playing classical music (or alternately, perhaps even more effectively, pure instrumental piano) helps to focus my brain when other times it struggles to remain focused. It helped keep me on track, and what’s more, gave me a genuine appreciation for classical compositions. I often find myself exploring new pieces of classical music I’ve never heard before, and of course revisiting old favorites.

There’s a debate going on now about the role that libraries will play in the future, with people having access to wider swaths of content than ever before. The one thing I think you can’t deny is that the proliferation of electronic devices and the web as a whole has, in many ways, provided a new means for people to be exposed to things outside their bubbles (most of today’s sheltered rural kids will read Watchmen on an iPad before they will find the paperback, I’m sure). Still, not everyone has access to these devices, and even then, they don’t have free access to the content (without resorting to illegal means).

Libraries provide key resources to everyone, and level the playing field. Ignorance is not a sin, and anyone can overcome a lack of knowledge in an area by vising a library. Not only that, they’re such tremendous forces for good in communities, outside of just providing access to information. Many libraries will help you apply for a job. Pay your taxes. They give you access to 3D printers. They hold classes and workshops. They give you access to movies and music. They’re gateways of culture. And the work that librarians do is so incredibly important.

I’m grateful that I got to spend so much time in libraries as a teenager, and still love visiting libraries when I have the chance. If you’ve not visited one recently, I encourage you to do so. And take your kid with you, while you’re at it!