I’m a sucker for great stuff. Good tools, rugged materials, reliable designs, and objects that are just plain pleasurable to use. My quest to seek out things that meet these criteria has often left me looking for things that could be labeled as “the best.” This has led to me obtaining some really nice stuff, but I’ve come to realize that it has also created a lot of unnecessary heartache in my life.

I’ve been obsessed with cast iron cookware for a while now. The only two frying pans I owned were cast iron. I regularly seasoned them and made the maintenance of them part of my regular routine. But I noticed eventually that I wasn’t cooking as much as I wanted to because I didn’t really enjoy cleaning them. And often, the food I ended up with wasn’t as good as I hoped it would be because of poor technique on my end. And then, one morning, the day after I spent literal hours seasoning them, I had an incident. At that moment I felt my love for cast iron die, a feeling that I imagine is not too dissimilar to that of discovering infidelity by a partner (okay, maybe not that bad). This is what I like to refer to as the “hash brown incident:” 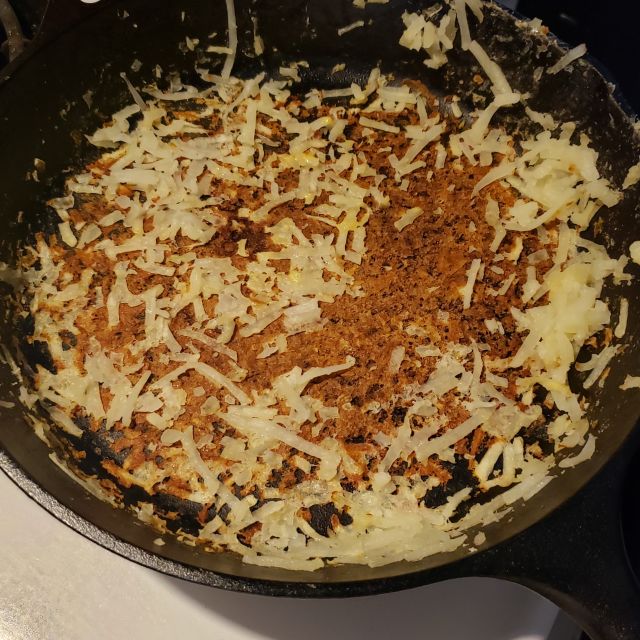 That morning I went out and purchased a few of the fancy ceramic frying pans that are all the rage these days, and after using them a couple times my mind was blown. Everything was so easy! Pretty much nothing sticks to them and clean-up is a cinch! And the food I’ve been making is delicious. I’ve even cooked a few meals after getting home from work, something I’ve never done in years of living on my own now.

So I’ve applied this logic to other areas of my life, and I’ve discovered that sometimes it’s worth compromising. Sometimes you really don’t need the best. Sometimes you’ll be happier with “good enough.”

Let’s take a second example now: my Moka pot. I’ve had various Moka pots since the day I moved in. I wanted to learn to make a good latte, which of course requires good espresso. At first I bought the pre-ground stuff in a can. I put it on the stove and, soon, had water shooting out everywhere. Bad O ring. I bought replacement O rings and tried again, eventually producing a pretty good result. I bought fake caramel sauces and flavorings, learned to add the right amount of sugar, and then started learning to heat milk in a sauce pan and froth it using a mason jar. Start to finish, making a latte took 15 solid minutes, and dirtied at least one saucepan, one moka pot, one jar, and a mug. I decided this still wasn’t “the best” so I started buying beans and grinding them myself. Even more effort, all in pursuit of the best.

But here’s the deal if I’m really being truthful with myself: nothing I’ve made so far is all that magical, and in the end it’s still not going to be as good as going to a real coffee shop with a real espresso machine and people who actually know what they’re doing. No matter how much I want “the best,” I’m never going to get it on my own. And not only that, the pursuit of “the best” coffee actually means I don’t drink it very often because making it and cleaning up afterwards is a royal pain the ass. I’ve only made coffee for myself like three or four times this year.

But then my parents gave me a Keurig machine, which I’ve avoided for years because I didn’t want “instant crap” (and I also didn’t care for Keurig’s business practices of introducing DRM into coffee pods requiring you purchase certain brands - something I’m still firmly against). I reluctantly put in a “caramel cappuccino” pod, hit the button, and within 30 seconds I had piping hot cappuccino in my cup. No dirty dishes, no unnecessary labor. And what’s even better - it was really good. Like, better than anything I had made with “real” coffee on my own. I added a splash of milk, and viola - instant, delicious coffee heaven. I’ve had two cups a day each day this week.

Once again, my pursuit for “the best” cup of coffee ended up causing me to experience less of it.

Years ago I watched an episode of Penn and Teller: Bullshit! about “The Best,” (it’s the last episode of season 3 - click here to watch if you have Amazon Prime), which demonstrated, among other things, that more often than not there’s no such thing as “the best.” I agree that usually there’s no such thing as a quantifiable “best,” but there is no doubt that certain things are better than others. I still seek out the best in a lot of other areas of my life. I still write on an IBM Model-M keyboard - the best keyboard of all time and I’ll fight anyone that says otherwise. I still try to find the “best bang for the buck” for pretty much everything when I go shopping.

But this all relates to a valuable lesson I learned from my father, which I’ll end with.

I had promised myself that when I turned 25 I would buy a Dodge Challenger. Specifically, a 6.4L V8 with a manual transmission. I was stupid enough to go out and actually drive one. Holy moly, I’ve never felt more alive. It was amazing. I was obsessed with that car for a solid year. I kept an eye out on all the classifieds, had the dealership websites all bookmarked, and even had a salesman’s business card pinned to my wall. It was pretty much all I thought about.

But my 25th birthday came around, and there was no way I could afford or justify a Dodge Challenger. I was talking about it with Dad and made some comment to the effect of “I want to have the fastest, coolest car around.”

To which Dad said, “No matter what car you get, somebody is always going to have a faster one.” He was right. If I bought the 6.4L V8, somebody else would have the Hellcat version. And someone else would have an even faster car. No matter what you’re trying to get, someone is always going to have a nicer, faster, better looking, cooler thing. So the answer isn’t to make decisions based on what other people have or what other people think. Instead, buy what makes you happy and just enjoy it!

Ultimately, I bought a 6 speed Subaru Crosstrek, which I am in love with. It ain’t a V8 Challenger - but turns out I didn’t need one of those anyway, and I don’t think I would have been nearly as happy with it in the end. 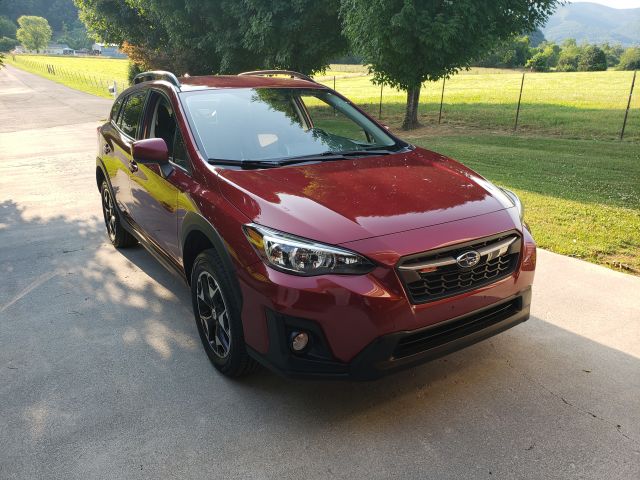 Screw the best. Shoot for what makes you happy.