A year or so ago, I crossed something off my bucket list that had held a spot there since I was but a wee lad: I finally purchased an iPod Classic. 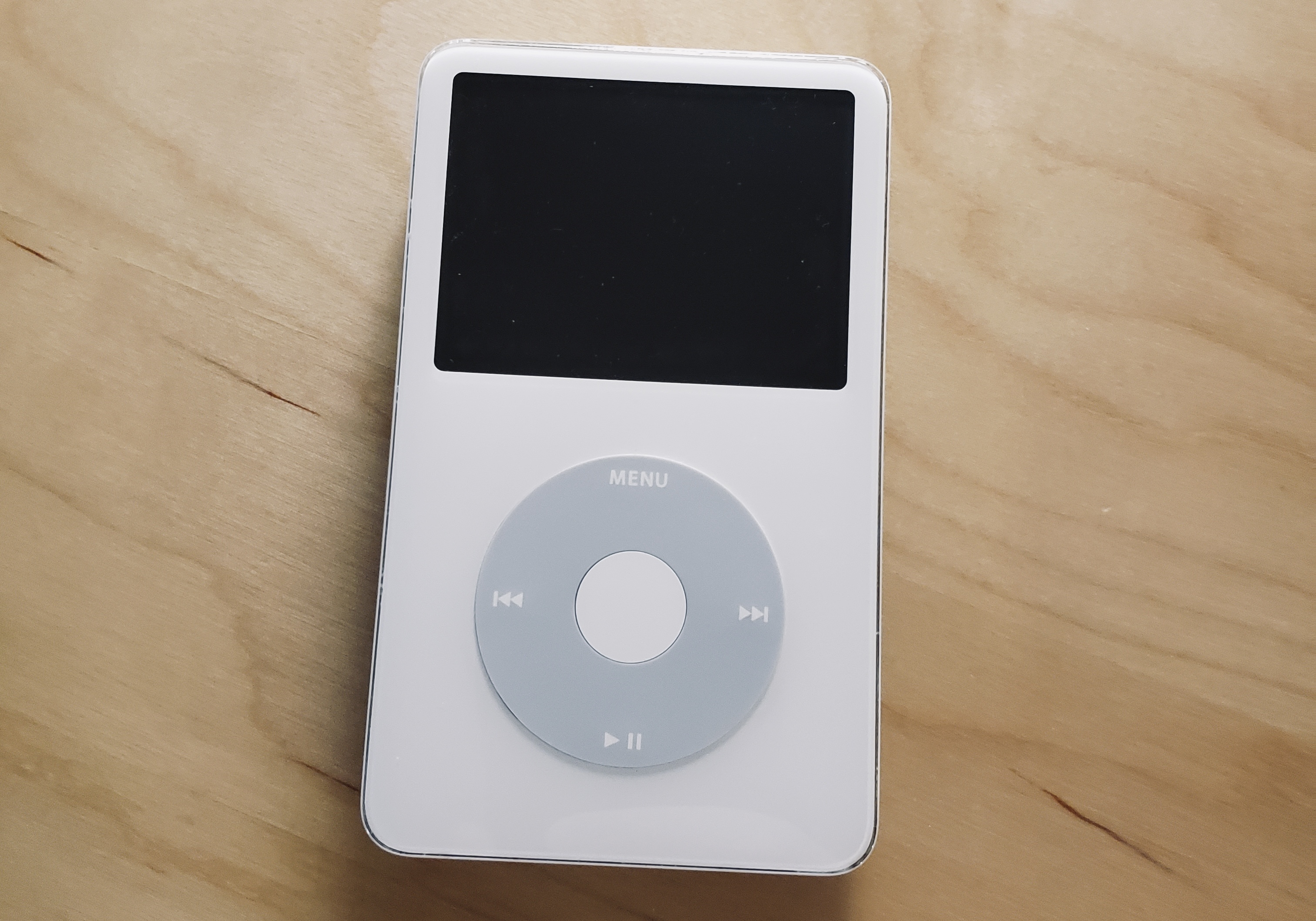 My love of iPods started around fifth grade, right around the time that entire world became obsessed with them (this would have been around 2005 or so). My dad won a first generation iPod Nano through his job somehow, and he decided to give it to me. He didn’t really know what it was at the time, and other than the general knowledge that it was “a thing that played music somehow,” I didn’t know much about it either. What followed was a period of education, adventure, and musical bliss packed to the brim with crappy MP3 rips and less-than-legit Limewire content that really opened me up to the world of music.

I listed to my iPod Nano religiously for many years. I absolutely loved everything about it. It held so much music, it sounded great, and as someone who had grown up making mix tapes recorded from the radio (with the DJ inevitably talking over the intro to the one song you had been waiting hours to hear), being able to more or less pluck high quality copies of all your favorite songs out of thin air was basically magic.

Naturally, of course, I ran out of space on my iPod Nano, and began to outgrow it a bit. Then you started seeing ads on the TV that there was this big iPod, which could play video (I remember Pirates of the Caribbean being the one the Apple commercials always showed), and the thought of being able to watch movies on long car rides blew my mind. I really, really wanted an iPod Classic.

The only problem was, I couldn’t afford one. As a kid I could never dream of affording an iPod Classic, and I always told myself that one day when I was a older I would get one and that’s how I would know that I had “made it”. 1

I think that’s the core reason why I decided purchasing an iPod in the modern age was such a great idea. For another, I just really missed the feel of the clickwheel. I used to love how it felt underneath my thumb. I loved the sensation of turning up the volume, or skipping tracks. It was such a perfect input method that the touchscreens of today just don’t capture to the same degree.

Finally, in addition to both the lifelong desire and a wish to recreate the tactile joy of operating a clickwheel, I wanted an iPod classic because in a lot of ways it’s a perfect music playing device . It doesn’t connect to the internet, which I see as a benefit. It can’t receive notifications. It doesn’t record which songs I’m listening to, on which days, and there isn’t a service that’s scanning through these logs to figure out what mood I’m in on any given day to target content and ads to me (I’m looking at you, Spotify). It holds your entire music library. Its entire job is to take your music and effortlessly deliver it to you in a convenient, well-thought-out, and high-quality way.

The model that I got is a 5th generation iPod Classic, renown in the community for having a Wolfson DAC, said to be one of the greatest sounding digital-to-analog converters ever made. It has a brand new battery in it, and has the iFlash kit installed so instead of a slow, power-hungry spinning rust hard disk inside it has a lightweight, power friendly, fast, and spacious flash card.

It’s funny how the rose-tinted glasses can cloud your memories of what the past is like. Such is the discovery I made during my day-to-day use with my new iPod. For one, I forgot how miserable the navigation on the device is. Although I love the clickwheel, navigating up and down giant lists trying to find the exact album or artist you’re looking for is miserable and time consuming. Results don’t load as quickly as you think they do. Search features are non-existent. The low-resolution display loads fuzzy, stamp-sized thumbnails of album artwork.

And as much as I hate to admit it, the sound is honestly just okay. It sounds good, don’t get me wrong. But sometimes it just lacks the punch that newer music players have, at least to me.

And, of course, it doens’t have Bluetooth. I know some folks would consider that a benefit, and I know that it’s possible to mod it with a Bluetooth transmitter, but the stone cold fact is that no matter how many mods you make, the OS will never know or understand about the Bluetooth adapter’s existance, and the experience is always going to be sub-par. This may be sacrilege, but I find Bluetooth headphones and earbuds to nothing short of modern miracles. Not having to fight with cords and wires, and being able to put one side in at a time is amazing. With modern codecs like LDAC, I really can’t discern any fidelity loss. Yes, you have to charge them, and yes, Bluetooth is still sometimes a bit funky, but I’m wholly sold on it.

Nostalgia is a hell of a drug, and I found myself chasing something that really just doesn’t make sense in today’s world. There’s a reason why we left iPods in the past: the continual march of progress has gone on, and in the intervening years we have created better music player experiences. That’s why I’ll be selling my iPod, enabling some other nostalgia-seeking hipster trying to capture something that no longer represents the lofty heights of music enjoyment.

1Side note, as a kid I did purchase a Creative Zen Vision:M player which was basically Creative’s take on an iPod Classic, and it was one of my absolute favorite devices from my adolescence.